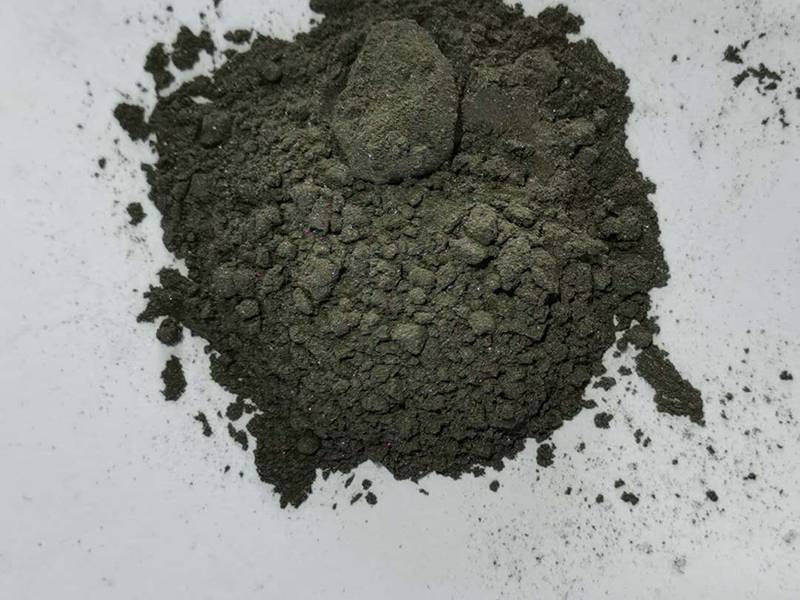 3) Composite functional titanium silicide coated glass was prepared. A thin film is deposited on a common float glass substrate or a silicon film is deposited between them. The mechanical strength and chemical corrosion resistance of the coated glass can be improved by preparing the composite film of titanium silicide and silicon carbide or adding a small amount of active carbon or nitrogen into the film. The invention relates to a new type of coated glass which combines the functions of dimming and heat insulation and low radiation glass.4) A semiconductor element is prepared, which includes a silicon substrate, on which a gate, a source and a drain are formed, an insulating layer is formed between the gate and the silicon substrate, the gate is composed of a polysilicon layer on the insulating layer and a titanium silicide layer on the polysilicon layer, a protective layer is formed on the titanium silicide layer, and the protective layer, the titanium silicide layer, the polysilicon layer and the insulating layer are surrounded by There are three layers of structure layer, which are silicon nitride gap wall layer, hydrophilic layer and silicon oxide gap wall layer from inside to outside. Titanium silicide layer is formed on source electrode and drain electrode, inner layer dielectric layer is formed on silicon substrate, and contact window opening is formed in inner layer dielectric layer. By adopting the technical scheme, the utility model can completely insulate the grid electrode and the wire in the contact window, and there will be no short circuit phenomenon.