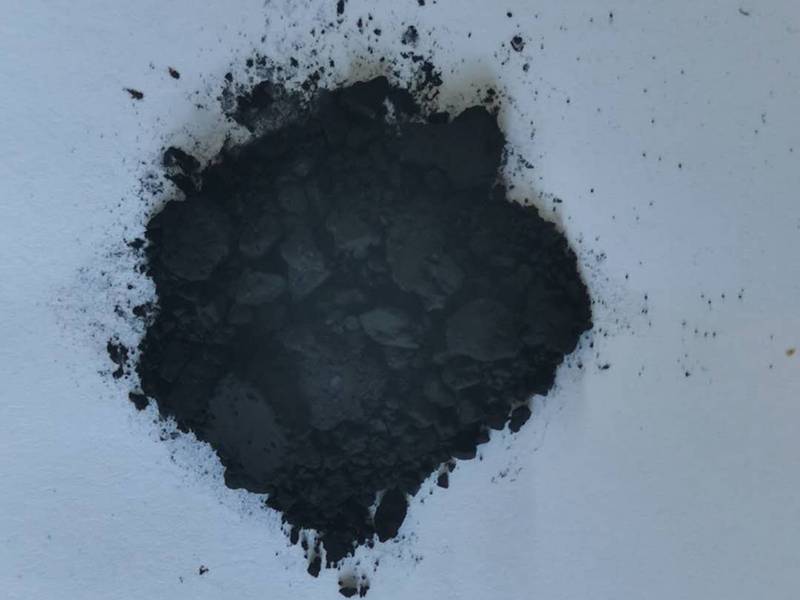 belonging to sodium chloride cubic crystal system.
Density (g/mL, 25℃) : 5.77
Relative vapor density (g/mL, air =1) : not determined
Melting point (℃) : 2810
Boiling point (℃, atmospheric pressure) : 3900
The nature of the
Stable under normal temperature and pressure. Avoided material oxides. Micro Vickers hardness (load 50g)2944kg/mm, has a high melting point (2830℃).use It can be used as grain refiner in hard alloy, cutting tool and steelmaking industry, which can obviously improve the properties of alloy.
Used for cutting hard alloy, producing wear - resistant film and semiconductor film.
Vanadium carbide with high hardness, melting point and high temperature strength and other general characteristics of transition metal carbide, as well as good conductivity and thermal conductivity, so in iron and steel metallurgy, hard alloy, electronic products, catalysts and high temperature coating materials and other fields have a wide range of applications. It has been reported in the literature that the thermodynamic stability of various carbide inhibitors determines the inhibitory effect, and the inhibitory effect order is VC > Mo2C > Cr3C2 > NbC > TaC > TiC > ZrC. The addition of vanadium carbide can also be used as a hard phase to greatly improve the hardness and life of cemented carbide, and reduce the saturated magnetization, remanence, coerce magnetic force, magnetic energy product, magnetic permeability and Curie temperature of cemented carbide to produce non-magnetic alloy.
With the increasing application of cemented carbide in high-tech weapons and equipment, cutting-edge science and technology and nuclear energy, it is necessary to further optimize the performance of WC alloy. The best way is to refine its grain and prepare ultrafine or even nanostructured cemented carbide. For the nanometer cemented carbide powder, the grain growth occurs when sintered at 1 150 ℃. If the dissolution temperature of the inhibitor is high, it is not only difficult to play an inhibitory role, but even deteriorates the performance of cemented carbide. Therefore, the need for nano-grain inhibitors is more and more urgent, and the preparation of nano-vanadium carbide powder has attracted the attention of many researchers. As the affinity of carbon to oxygen increases with the increase of temperature, and the affinity of various metals to oxygen decreases with the increase of temperature, the corresponding metal or carbide can be prepared by carbon reduction oxide at high temperature. Carbon reduction of the main products for CO, CO2, can eliminate the product by other impurities pollution phenomenon. Therefore, the carbothermal reduction method has the characteristics of simple process, easy availability of raw materials, good repeatability and so on, and has high practical value.

【 application 】
Vanadium carbide with high hardness, melting point and high temperature strength and other general characteristics of transition metal carbide, as well as good electrical and thermal conductivity, so in iron and steel metallurgy, hard alloy, electronic products, catalysts and high temperature coating materials and other fields have a wide range of applications. Among them, vanadium carbide can be added to steel to improve the comprehensive properties of steel such as wear resistance, corrosion resistance, toughness, strength, ductility, hardness and thermal fatigue resistance, and can be used as a wear resistant material in different cutting and wear resistant tools. In addition, vanadium carbide as a new catalyst has been widely used because of its high activity, selectivity, stability and resistance to "catalyst poisoning" in hydrocarbon reactions. In addition, vanadium carbide can also be used as a new carbon source to synthesize diamond. The most important role of vanadium carbide is to be used as a grain inhibitor in the field of cemented carbide and cermets, which can effectively prevent the growth of WC grains in the sintering process.